NBC’s streaming network shared the nine series regulars who will join Jabari Banks in “Bel-Air.” A reboot of the classic ’90s hit “The Fresh Prince of Bel-Air” where Jabari Banks plays the character which was made famous by Will Smith. Smith is an executive producer of the new show.

On Tuesday, Peacock announced the rest of the regular cast playing the roles made famous from the original sitcom. The roles of Vivian and Philip Banks, who were Will’s aunt and uncle in the original, will be played by Cassandra Freeman and Adrian Holmes.

Olly Sholotan will play Carlton Banks, the role (and dance) made iconic by Alfonso Ribeiro in the original. Coco Jones and Akira Akbar will play Carlton’s sisters, Hilary Banks and Ashley Banks, respectively.

The show will run for an hour instead of the half hour in the original. It will also focus more on Will’s journey from the streets of Philadelphia to living with relatives in the opulence of Bel-Air than the original.

The new show has already been picked up for two seasons, which Smith shared last year. 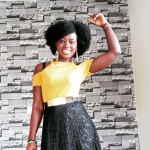